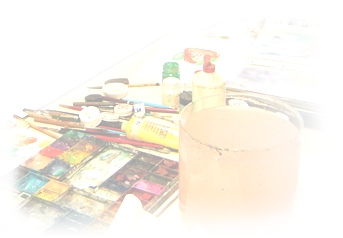 Graduated in 1971 from the State Academy of
Applied Fine Arts in Istanbul, department of Graphic Arts.

In 1973, he went to London and worked at the
Madison Artist Studio as an illustrator.

After returning to Turkey, he worked as an Art Director at
Grafika and Manajans advertising agencies.

In 1977 he set up his own studio.
He made successful works in different branches of graphic arts.
(posters, illustrations, printmaking, design, book illustrations)

Near the end of the 70's, he began to paint in watercolor.
Since then, he matured his characteristic painting style.

He practised painting and illustrating skillfully for years, the two expression forms, which technically feed and support, but also likely to spoil each other.

Osman Kehri presents in his paintings the visions around us, which are slipping from our hands, by using images from his childhood Istanbul.